This is the first in a series of articles about package managers for various programs. Packages are optional plugins that provide some extra functionality to a program you use. They are often free and open source software (FOSS) made by individuals or consortiums. Packages are available to download for a range of programs: from apps you download (Sublime Text) to the operating system itself (macOS).

On macOS for example, the git package gives you the super-popular version control language git while the htop package will display computer diagnostics in your terminal.

Equally important are package managers that give you easy access to packages as well as the ability to maintain and update packages. Unfortunately, there is no unified package manager for all programs.

This series of articles will review packages and package managers for a variety of programs such as macOS, frameworks (node), languages (R, Python, Ruby), and text editors (Sublime, Atom, and Vim).

You will need to be a least a little familiar with the terminal to follow this guide; please see a quick overview here.

brew: basic package management for command line software (distributed under open source). A simple run down and further documentation details are found at the brew website.

For installation simply type the following into terminal:

A breakdown of what is happening with the installation command above:

There is an extension for brew called cask for the installation of licensed software. Because cask is an extension of brew it works the same as brew in terms of commands and taps.

Below is a select list of packages that I use brew to manage. Some are trivial (e.g., cowsay) while others are frequently used system wide (e.g., r)

cmatrix turn your terminal into the Matrix

cowsay display a cow (or other creature) saying something

emojify emojis on the command line

sl have a steam locomotive run across your terminal

tree display directories as a tree

Over the next few days I’ll add to this list and show some of the cool things you can do with them.

RStudio IDE for developing R; brew is terrific for managing the frequent updates

Below are future articles for other package managers that I frequently use. 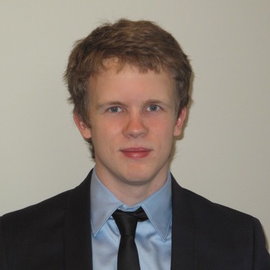